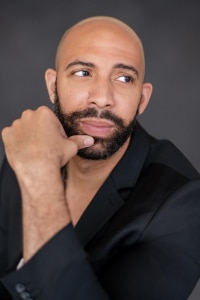 Damien Geter is an acclaimed bass-baritone, actor, and composer whose credits include performances from the operatic stage to the television screen.

Geter made his Metropolitan Opera debut in the Grammy award-winning production of Porgy and Bess as the Undertaker, and most recently, he performed as the Immigration Officer in Seattle Opera’s filmed production of Jonathan Dove’s Flight. This season, he returns to Portland Opera as Angelotti in Tosca and performs Sam in Trouble in Tahiti with the Reno Symphony, the title role of Quamino in the World Premiere of Errollyn Wallen’s Quamino’s Map with Chicago Opera Theatre, and much more. Geter has major opera commissions for 2024 (American Apollo), 2025 (Loving vs. Virginia), and 2026 (Jubilee).

Geter is also an acclaimed composer who infuses classical music with various styles from the black diaspora to create music that furthers the cause for social justice. His large work, An African American Requiem, premiered this year in partnership with Resonance Ensemble and the Oregon Symphony, with subsequent performances at the Kennedy Center. 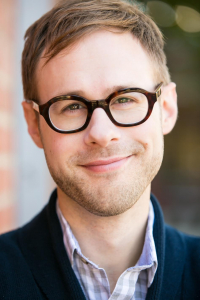 Ben Hanna is a director, educator, and community engagement specialist who is dedicated to providing high quality, accessible art to young audiences.

Hanna currently serves as Associate Artistic Director at the Indiana Repertory Theatre, where he directs productions, manages season casting, and guides education and community programming. He is a recipient of the 2017 Theatre Communications Group Leadership University Award, funded by the Andrew W. Mellon Foundation. 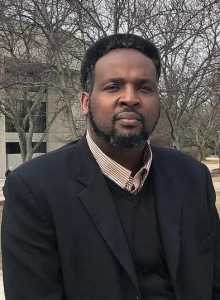 Kizito Kalima is the Founder and Executive Director of the Peace Center for Forgiveness & Reconciliation, a public speaker, author and an advocate for genocide survivors.

Kalima was born in Nyanza, Rwanda in 1979, and his family was devastated by the Rwandan genocide of 1994. Kalima’s family was separated, and many, including his parents, died. But Kalima survived. Displaced by the genocide and without knowledge of surviving family members, Kalima found refuge in sports. He played basketball in surrounding African countries and supported himself by doing so.

In 1998, Kalima was offered the opportunity to travel to the United States to participate in a basketball tournament. There he was scouted by U.S. colleges. Because he had not yet completed high school, Kalima went on to attend Providence St. Mel High School and Indiana University South Bend. He graduated with a bachelor’s degree in criminal justice in 2005 and founded the Peace Center for Forgiveness & Reconciliation in 2014. Also in 2014, he was invited to speak at the United Nations 20th Commemoration of the Rwanda Genocide.

Kalima is the author of two books – My Forgiveness, My Justice and Interventions Divine: Angels in the Life of a Genocide Survivor

Kalima lives in Indianapolis with his 8 year-old daughter, Kayza, and has two adopted grown Rwandan daughters, themselves genocide survivors, Josiane and Liliane. 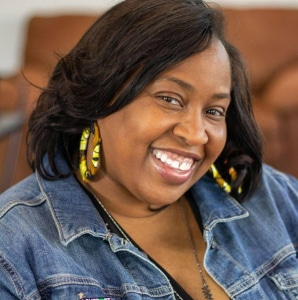 Arnetta Scruggs is an accomplished entrepreneur, serving as CEO of the event-coordinating business, Chosen One Productions, and Founder and Executive Director of the Bloom Project, Inc.

The Bloom Project, Inc. is a nonprofit organization providing character development, career exploration, college preparation, service learning, and group mentoring services for young men ages 12-18 in the Fort Wayne and Indianapolis areas. The Bloom Project is named after Scruggs’s grandfather and is a result of Scruggs’s passion of working with young people and finding opportunities for them to develop in their leadership through mentoring and community service. This Bloom Project journey began in 2011, when Arnetta hosted “Kings Feast,” a program to mold and empower young men and connect them with professional males in various career fields.

Arnetta is a proud member of Alpha Mu Omega Chapter of Alpha Kappa Alpha Sorority, Inc. She serves as the Hostess and Cheer and Courtesy Chairman. 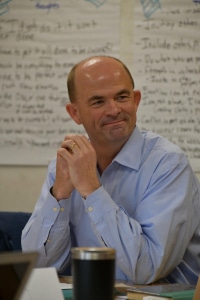 Andrew Hart is the CEO of The Oaks Academy, a network of four faith-based, voucher-funded schools in Indianapolis. From 2002 to 2015, Hart served as The Oaks’ Head of School. Earlier in his career, Hart worked in marketing strategy and business development at Eli Lilly & Company, and for two years he was a faculty member at the University of Bucharest, Romania.

Hart is a thought leader in education and a passionate advocate of the Indianapolis community. In 2017, he was honored by Governor Holcomb with the Sagamore of the Wabash Award, one of the highest honors for an Indiana citizen.

Hart has developed and leads two successful fellowships with a focus on training, inspiring and supporting school leaders – the Indiana School Leader Fellowship and the Indiana Teacher Renewal Fellowship. In addition to his work at The Oaks, Hart was the founding Vice Chairman of the Board at Herron High School, an urban classical charter high school also in Indianapolis.  He is a founding Board member of the Circle City Fellows, Chair of the Board of Tabernacle Recreation League, and an Elder at Tabernacle Presbyterian Church.