University High School is excited to welcome a new addition to our world language department for the 2019-20 school year. Melissa Burke (’10) will join the faculty as a Spanish teacher, replacing former teacher Jill Woerner who accepted a position with AFS-USA in June. 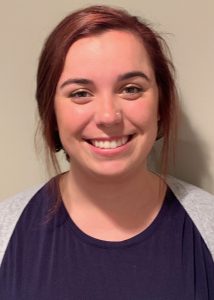 Melissa Burke (’10) will return to University High School as a Spanish teacher starting this fall. She comes to University from Sycamore School, where she has taught Spanish to middle school students since 2014. In her most recent teaching role, she has, among other things, taught regular and advanced Spanish in levels one and two, chaired the first chapter of Sycamore’s Junior Spanish Honor Society and Spanish Club, created cross-curricular experiences with other teachers, and overhauled the Spanish curriculum to include thematic units.

Burke is a familiar face to many current University High School students, as she has been the assistant varsity and head junior varsity coach for the volleyball team since 2014 (with one season off).

A 2010 graduate of University High School, Burke earned a bachelor’s degree in Spanish from Miami University in Oxford, OH and a master’s degree in world language instruction from Concordia College. In addition to her study of Spanish, she has also studied French, Portuguese, and ASL. In her free time, she enjoys traveling, reading, banking, and watching sports. She is a big Indiana Pacers fan.

“The feeling of community [at University High School] was one of the things I valued during my time as a student at University,” Burke shared with the hiring committee. “I am most excited about returning to the community that was so impactful on me as a student.”

Please join us in welcoming Melissa Burke back to University High School!