Friday, Nov. 4 was an exciting day of professional development for many faculty and staff members at University High School. Several teachers attended the ISACS Annual Conference in Columbus, OH.

Below, a few UHS teachers share which sessions stood out to them at that conference. 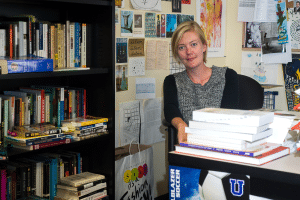 On “Collaborative Professional Learning: A New Framework.” “A bunch of teachers from The Frances Xavier Warde School got together and said ‘We want to learn from each other more, we want to see each other’s classes more, and we want something that’s not a formal evaluation but is something we can benefit from as teachers.’ They ended up finding a program called the Japanese Lesson Study, which is this cool format that came from a Japanese method of teaching math where you sit down at the beginning of class with a problem that’s just a little too difficult for you, and through the whole class period you work on that problem. How this works for teachers is you work on a lesson for weeks, and you craft it and formulate it and talk about it with peers. Then you give the lesson, and all of these people watch you give it. It’s not really about the lesson itself, but it’s about the entire process of talking about it.”

“I’m really interested in how teachers learn and how teachers talk to one another and grow. I feel like it’s incredibly important that we learn, that we communicate with one another, and that we think deliberately about what we’re doing.” 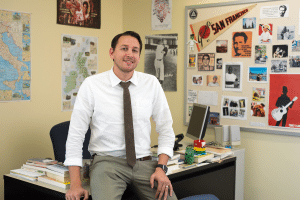 On “The Power of Design in Film.” He [Paul Topolos] is not a teacher; he’s a designer for Pixar. He used to work for Lucasfilm. He does the still paintings in the films. When they show in Up the pictures of the old man and his wife getting married, those are pictures he painted.”

“He basically just told his story and described how he gets inspiration from things in everyday life. He thinks of emotions that he wants to or needs to portray and then thinks of the cliché ideas around those emotions, like making a ship that’s supposed to be scary have features that look like a spider. He talked about design and how to use visuals to communicate emotions, like how Wall-E can look sad by turning his eyes a certain way. This was my favorite thing that I saw, mainly because it was just a guy who is super passionate about what he does telling a story about how he gets to do what he loves to do and travel around the world talking about it. It really meshed well with Tony Wagner’s ideas at lunch about finding time for play and time for passion and about all of the different ways to cultivate innovation and innovative thinkers.” 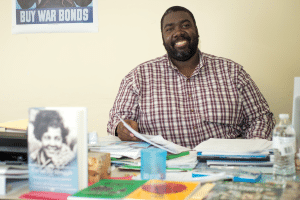 On sessions about the parallels of coaching and teaching. “I actually snuck into a couple of sessions. One was Steve Locker’s session on “Quality Coaching: What Does That Look Like?” I was looking for overlap between coaching and teaching. The primary idea was this: if have an idea of the type of environment you want students to learn in, and you are aware of the certain skills and habits of mind that students should have when they leave your classroom (or court, in the case of athletics), how do you mindfully foster the environment so students pick up those habits? From a coaching standpoint, if my primary goal is to get wins all the time, I might not think about how the students think about the game.”

“Thankfully, here the four of us on the girls basketball team [Clark, Head Coach Justin Blanding, and Assistant Coaches Lade Akande and Maggie Beckman] are more concerned with how the girls relate to one another, how the students see the game, and how the students think. That’s something that Justin really focused on last year.”